The new season of the 2018 YUHF Marathon begins.

At the request and recommendation of the CC (Contest Committee), the SRS EB (Executive Board) decided that the point of the rule, which regulates the right of participation of stations in the competition (only stations that hold a valid license), can be deleted. Due to a problem that arose with regard to the issuance of Amateur Radios documents (licenses) by RAEK, the repealed rule lost its meaning, ie. led some SRS members who would like to participate in the contest, unable to participate in the contest for objective reasons, ie. inability to obtain valid work permits. With this decision, the SRS EB did not give the green light that the stations were allowed to operate without a license, but the rights and obligations of the Amateur Radios would be handled by the SRS management, while the competition as such would be only one of the Amateur Radio activities. In addition to this rule, a section of the rule regarding the sending of a log (robot) has been refined, with a more precise explanation of the method of sending a log.
We invite as many Amateur Radios as possible to participate in this competition, which is still attractive, with the aim of popularizing this Amateur Radio activity.

In accordance with the contest rules of HF SRS CUP for the year of 2018, 3 teams were reported in the following teams. 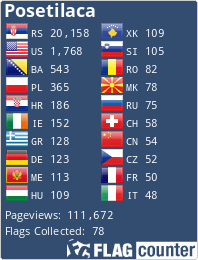